HERE'S WHAT PEOPLE IN PRAGUE AND AROUND TOLD US...

> Check out the Czech Group on Koinobio’s online Gallery ! 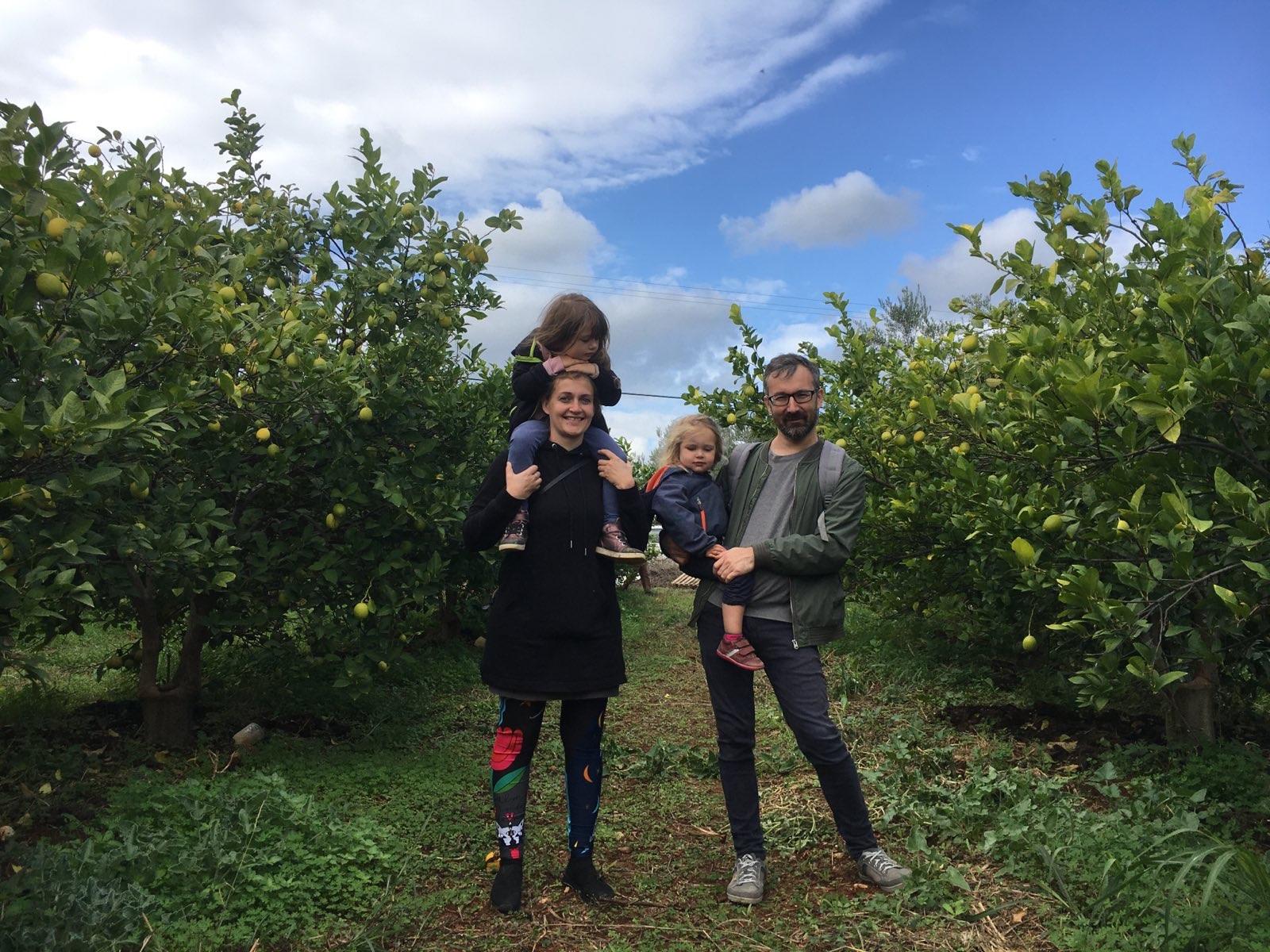 "Why I Cooperate with Koinobio"

“As a landscape ecologist I have long known that if we want to protect farming land, we must cooperate with farmers and support those who take good care of the land. What I eat makes a significant impact on the world around me.

I got to know Antonis when I was working in the non-profit AMPI, where the European project on accessing land (Learning towards Access to Land) allowed me to travel to Greece and get acquainted with the problems organic farmers face there. Antonis showed us round his orchard and told us about the land, about the difficulties of the Greek market, about the competition. He also mentioned that he had been able to set up a cooperation with people in Belgium and Germany and exports his produce there in a sort of an extended CSA. Five years ago, I co-founded one of the largest CSA groups in the Czech Republic, so I am familiar with the concept. And I thought that it couldn’t be so difficult: if it can work for other European states, it can work for us. My original idea was quite naïve, and I soon found that I couldn’t do it alone.

I got some hints from friends in Belgium whom I also happened to know through European projects, but ultimately I found out that the most difficult part would be securing the transport. It took quite long, but then one day another member of our CSA group, Leos, asked me: “So, when are the oranges coming?”

I said: “When I find someone to help me with the transport.” At that time, I was expecting my second baby girl. Leos said: “I don’t know how to do that, either, but I’ll try to find out.” And suddenly there were two of us.

Our first solidary import was great! We were able to get other volunteers to help us with the distribution, so that I didn’t have to distribute a metric ton of oranges alone with my eight-week-old daughter. Some of the volunteers became members of the coordination team and now there are seven of us! Together we find ways to make every successive import better. In connection with that a new solidary question has come up: what is a fair reward for import coordinators? We have done the four imports so far out of sheer enthusiasm, because we believe that it makes sense and has a positive impact on the farmers and farming land. But as we strive to make the socially and environmentally beneficial service even better and invest hours of our time in it, the question has come up whether we deserve a reward and if so in what form. We would very much like to know how other European groups handle the coordination element in their groups, without which there could be no solidary imports. Solidarity, or mutual support, should be there for everyone involved.

The cooperation with Antonis works perfectly, he is flexible, always positive, his fruit is fresh, and its taste is beyond description. I am happy that I can directly support a Greek farmer, Antonis, whom I know personally. I appreciate the fact that it has been possible to forge such a ‘direct supplier chain’ across countries, since the motto of the European CSA conference in 2018, which incidentally took place in Greece, was ‘CSA beyond borders.’ I will never forget the words of Martin Rosenbaum, an organic farmer and founder of the first incubation farm within the newly emerging Czech Farmers’ School, when he returned from the conference: “If you don’t want it to be just another bunch of empty words, get those oranges coming here!”

Many people are interested, at present there are about 150 of us and other people are joining. It is great to be surrounded by people who know each other and support each other in activities that make sense, are socially and environmentally beneficial.

Thanks to the solidary import of farming produce from Greece I have learned many things about the world around me, about the people I meet, but most of all about myself.”

"What “Goodies from Greece” Mean to Me"

“I am very much pleased with the quality of citrus (and other) fruits, which arrive to us from so far away. I like the fact that everything is communicated with Antonis and the order arrives in the requested amounts and without problems. Little needs to be written off and it is always compensated for by the extra amounts we receive. I used to think that ordering and transporting goods from abroad would be too difficult, both legislatively and with respect to coordination. But with Antonis things seem to go smoothly, although I only see the results and I do not see the work of the other members of the team.

I think it is important that people in the Czech Republic want to support small farmers. We have changed our mindset, stepped out of the comfort zone, and we try to get healthy, nutritious food. Without that nothing could be done. Distributing the products is then simple, it depends on the work of several volunteers, which we can afford to do a couple of times a year. The result is worth it. The customers are happy. We meet each other in pleasant ways and get to hear words of appreciation. We distribute to a community of similarly minded persons and we do not need to defend what we do. And everybody is clear about why we do it, that it makes sense.
I personally have learned to work with Google documents and to send money across Europe without a fee. I have also learned to edit Excel tables and to use functions in them.  I have also learned to make phone calls, to dial a stranger’s number and not be afraid. To solve problems. To think more in context and work as part of a team. I have made new friends.
Ant then when I look at the goodies, I see the human work behind them. I know where they have come from and I am careful to make use of everything to the last piece of rind. And I am happy to know that it was worth it. And that the world has not gone all mad. That it is possible to do something without a financial reward, just for good will. That there is a transcendent element in it. It makes me feel important and content.”

"My Experience with Antonis"

“My experience with Antonis is perfect communication through WhatsApp. He is always pleasant and tries hard to find a solution that we can realize together. I love this in people, it is so easy to say why things are not possible.
I got involved because I like to help people without expecting anything in return. It is just for my good feeling. And when the helping has an extra environmental and/or social dimension in which I believe, it is a pleasant bonus and it makes sense to me.”

“Having translated the above, there is little I can add. When I first got involved with this project, I was looking for oranges that I could buy for my children without investing my money in a corporate business based on exploiting humans and landscape. I learned about it through the Czech CSA network, where I coordinate a small local group, and was deeply grateful for the opportunity. I got the oranges – and also something beyond them that I had not expected, something beyond the friendly interpersonal relations, beyond the positive social and environmental impact, beyond the Earth-human community.
In my everyday experience, I am all too often faced with various kinds of degradation and destruction: broken interpersonal relationships, abuse of humans by humans, abuse of biota and land, loss of wildlife habitat and extinction of species. In my conscious life as a theologian I have learned to associate these with the passion of Jesus, to see and adore the suffering Jesus in all the anguish of the world. In cooperating with Koino Bio Cooperating Organic Farms, I meet the Risen Christ in whom death is no longer operative, because it has been overcome by love.”